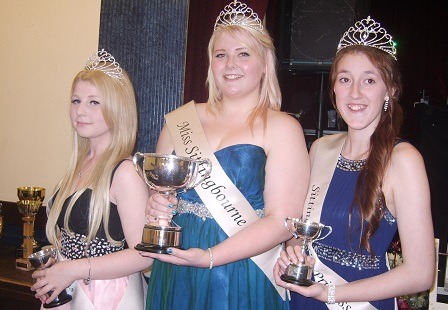 The selection of the Sittingbourne Carnival Court 2014 was held on Saturday (22nd March) at the Woodcombe Sports and Social Club, Church Road, Murston.

This year there were 12 entries for the honour to become Miss Sittingbourne 2014, with four changing their minds for various reasons meaning that there were eight entering on the actual day. The judges found their task quite difficult this year with so many to choose from, and the marks were quite close. All the entrants were interviewed privately by the judges at the beginning of the evening and just after 8pm they took it in turns to speak on stage and to the audience and also to answer some questions put to them by the compare for the evening.

The 106.9 SFM Roadshow will be appearing at this year's Sittingbourne Carnival on Saturday 21st June.