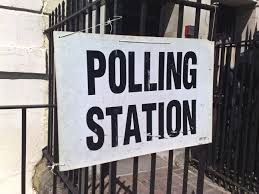 Swale's 71 Polling Stations opened at 7am this morning for the EU Referendum and will remain open until 10pm tonight.

Despite the earlier downpours stations are reporting a steady stream of voters and are reiterating that voters should not leave their attendance to the last minute, as anyone outside a polling station after 10pm will not be allowed to join a queue if one has formed.

There were 16,241 postal votes and voters with postal votes have until 10pm to deliver them directly to any of the Swale Polling Stations.