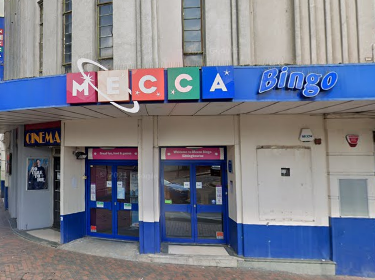 The Rank Group have announced that the Mecca Bingo branch, at the bottom of Sittingbourne High Street, is to close next month on Sunday 17th August.

In a statement, the company said: "We’re very sad to confirm that Mecca Sittingbourne will be closing, and we want to say a huge thank you to every single one of our incredible customers for their loyalty and support for the last 48 years. We’ll keep you updated on Facebook on what our plans are for the coming weeks and when we have a confirmed closing date in August."

Rank operates 76 bingo clubs across the UK and opened in Sittingbourne in 1974 sharing the location with, what was then, the Odeon Cinema latterly The New Century Cinema.

Mecca Bingo, like all local businesses, was heavily impacted by the pandemic and had to shut its doors until July 2020, when it re-opened with cleaning rotas and safety measures having to be put in place under strict Government guidelines regarding hospitality venues.