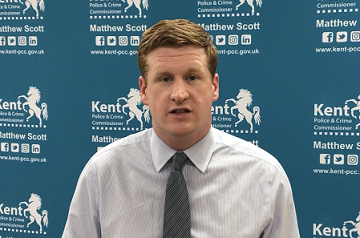 Conservative candidate, Matthew Scott, has held onto the position of Police and Crime Commissioner for Kent.

He beat Labour’s Lola Oyewusi and the Liberal Democrat’s Graham Colley, with 56% of the vote.

This will be Mr Scott’s second term as the PCC for the county, having been elected in 2016.   The results, declared this lunchtime (Monday 10th May) in Dartford were: