M2 Closed In Both Directions Due To Lorry Fire 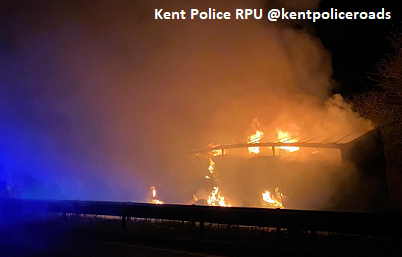 Drivers are advised to use the 'solid square' signed diversion route.

The coastbound carriageway of the motorway (between Jct 5 Sittingbourne and Jct 6 Faversham) re-opened at around 4:30pm but the Londonbound carriagewy is set to remain closed until the early hours of tomorrow morning, for resurfacing work and the replacement of barriers in the central reservation - please tune in to 106.9 SFM for the latest information.