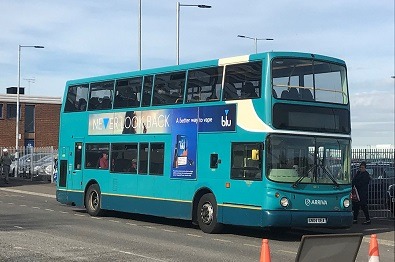 The public consultation prompted 2,562 responses from residents, plus 55 individual letters and 4 responses from local MPs across the county but at the meeting the Conservative-led Council decided to go ahead with the plans.

KCC Leader, Roger Gough, told the meeting that: "it was necessary to balance KCC's budget for this year but we will still spending £3.8m on buses that would otherwise not run".

The cuts come as a blow to campaigners who wanted to retain services to outlying areas of Sittingobourne with Newnham, Rodmersham, Bredgar, Tunstall, Doddington, Conyer and Lynsted now being left without any regular bus services and Teynham and Bapchild seeing fewer services.

Cllr Mike Baldock (Swale Independents) addressed the council leader directly, saying: "It's really time you started to listen to people and stopped thinking you were above the concerns of mere mortals. In the consultation, 1,050 people said they would have no alternative means of travel to one of the withdrawn services. This is going to impact on the most vulnerable: - the elderly, the young and those in rural areas."

Cllr Baldock also argued that there would be other costs to pay in the long run - in terms of more congestion more pollution and higher road maintenance bills.

The 38 scheduled services across the county will cease at the end of October. To see if your route will be affected please click here.