Large Pothole Appears On The A2 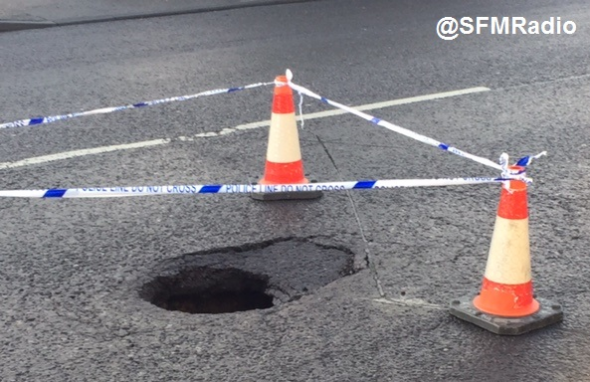 A large pothole has appeared on the main A2 (Canterbury Road) heading out of town between the Snipeshill and Swanstree Avenue traffic lights.

The hole appeared earlier today and is currently being investigated by the KCC Highways Team who are waiting for Southern Water to CCTV the sewer below the main carriageway, later this afternoon.

KCC Highways have confirmed that: "if it is found to be a water pipe that has caused it, it will be handed over to them to fix".

The road is still passable at the moment but there may be problems later during the school run and early evening rush hours - stay tuned to 106.9 SFM for the latest.