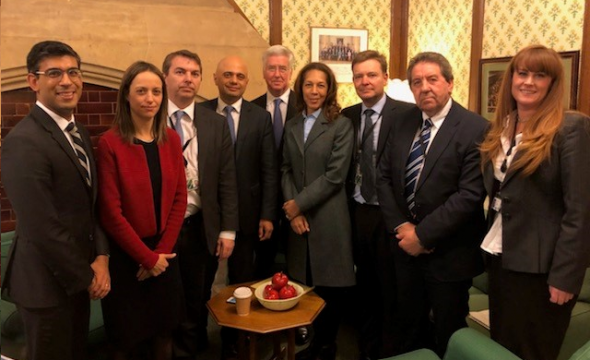 Kent MPs have welcomed the news of an extra £3.9 million for social care here in Kent, announced today (Tuesday 6th February) by the Secretary of State for Housing, Communities and Local Government, Sajid Javid.

The announcement follows a series of meetings between Kent MPs and Ministers, pressing for rising costs to be addressed in the forthcoming Local Government Finance Settlement. Paul Carter, Leader of Kent County Council, has also argued vigorously for a more generous funding settlement for the county.

In recognition of the growing need for Social Care, the Government is providing an extra £166m Social Care Grant to Local Authorities across England for 2018/19. Kent's share of that Grant will be £3.9 million.

In addition, Kent is one of just 12 authorities piloting the retention of Business Rates, which this year is expected to generate £25 million for the county.

Today Mr Javid released details of this year's Local Government Funding Settlement which will see Kent's core funding increase by 2.5%, which equates to an additional £25 million.

Local MP, Gordon Henderson, told SFM News: "I have been working with the Leader of the KCC, Paul Carter, and other Kent members of Parliament to lobby the Secretary of State for Housing, Communities and Local Government, Sajid Javid, to get more funding for adult social care in our county. Kent MPs met with the Secretary of State yesterday and I was able to highlight to Mr Javid the unique nature of Kent's problems, because of its proximity to London and the English Channel, and the pressure that geography places on the county's roads, housing, schools and social care. I am delighted that Mr Javid appears to have listened to our concerns and has increased support for Kent. However, this is just a start. We need to ensure that Kent's problems are taken into account when future settlements are made. I was able to raise with Mr Javid also the problem Kent is facing in getting from the Government the millions of pounds owed to the county for looking after unaccompanied minors who have made their way to this country via Dover."