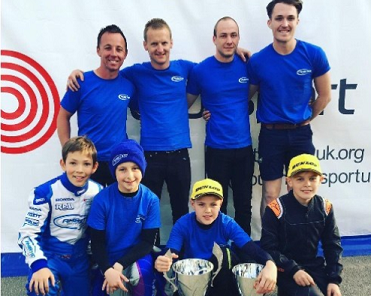 The van was loaded up and ready to go off to what should be a fun weekend for the team at the British Kart Championships in the Cotswolds for the 13 and Under drivers. One of the drivers, who had two karts stolen, is currently leading the British Championships. The equipment stolen won't be worth anything to the thieves who stole them, but to the children and Paul Janes (Team Principal - far left at the back of the picture) it's everything.

Things have been made worse by finding out that because of some issue on the paperwork the contents of near £30,000 will not be covered.

If you are able to help please check out their Just Giving Page: www.justgiving.com/crowdfunding/ambitionmotorsport