Dispersal Area Introduced On The Meads 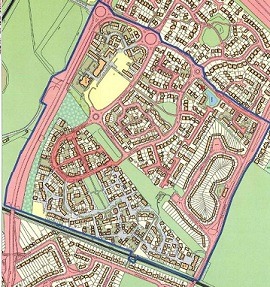 Kent Police officers are to be given more powers to deal with groups of people causing anti-social behaviour in a residential area of Sittingbourne.

A Dispersal Area will operate in The Meads (Sonora Fields) estate for six months until the end of September 2014 and has been jointly authorised by Kent Police and Swale Borough Council under the powers of the Anti-Social Behaviour Act 2003. Under the Act, any group of two or more people found causing or likely to cause harassment, alarm or distress can be dispersed by a uniformed officer.
Young people under 16 not accompanied by a responsible adult between 9pm and 6am can be taken back to their home. Failure to comply could lead to a fine of up to £2,500 and/or three months' imprisonment.

The Dispersal Area is to be introduced following an increase in the number of reports of anti-social behaviour involving groups of youths congregating in the alleyways and community spaces of the housing development. It is not thought many of the youngsters are local to the estate, so neighbourhood officers hope the Dispersal Area will stop them using it for anti-social behaviour, which includes criminal damage.

Inspector Mark Button, of the Swale Community Safety Unit, told SFM News: "We won't tolerate law-abiding members of the public being intimidated and made to feel unsafe in their own homes. This area has been the subject of focused patrolling by neighbourhood officers in the past month. As a result, we've seen a decrease in the number of call-outs to anti-social behaviour. However, we want to continue this and the Dispersal Area will assist us further."