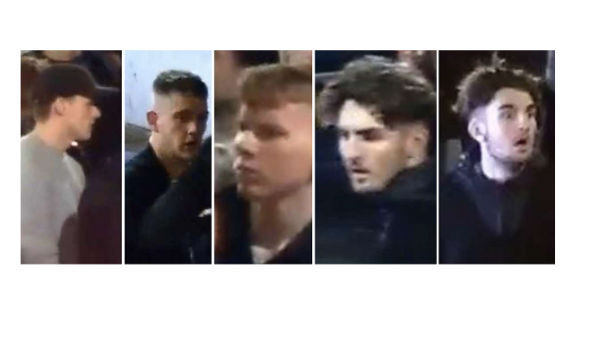 Officers investigating a report of disorder in Sittingbourne have released images of four men they would like to talk to.

The incident happened outside a nightclub on Sittingbourne High Street, between 3.20am and 3.30am on Saturday 1st January.

It is alleged a number of people were assaulted during the disturbance.

Investigators have examined CCTV footage in the area and are now releasing images of four men who may be able to assist with their enquiries.

Officers are also seeking to identify a teenage boy who was also in the area. He is described as being white with short blonde hair and was wearing a black jumper and black jeans.