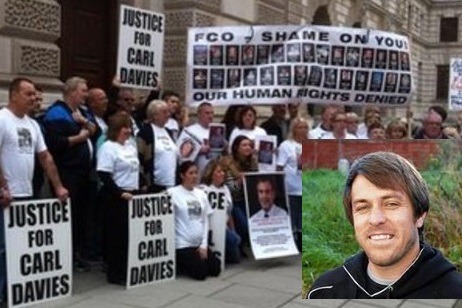 A man has been found guilty of murdering former Sittingbourne school teacher Carl Davies on the Island Of Reunion.

Carl was 33-years-old when he was found dead on the south Indian Ocean island in November 2011.

Initial reports from the island suggested that he had fallen into a ravine but, a week later, it was revealed that he had in fact been murdered.

Since then his family have been trielessly campaigning to secure 'Justice For Carl' which also included a protest outside the UK Foreign Office in October 2013.

Carl's parents, Andy and Maria Davies (who have been interviewed a number of times on 106.9 SFM) along with his sister Kerrie Stewart and her husband, Joe, flew out to Reunion earlier this week to attend the 3 day trial.

It is understood that the man, Vincent Madouré, has been jailed for 15 years for Carl's murder.