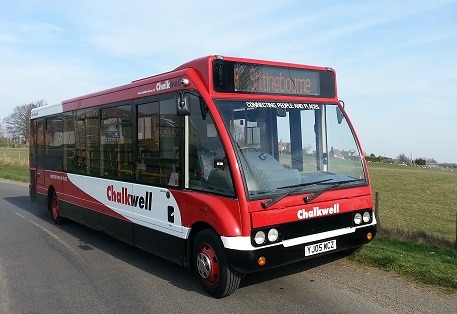 Sittingbourne-based Chalkwell have announced that fares for bus travellers of all ages within Swale are to be slashed by up to a third.

At the same time, the local operator will be launching two additional buses which have been refurbished at a total cost of over £50k.

Chalkwell also announced the introduction of a new family ticket costing £11 a day which can be used for groups of up to four people comprising two adults and two children, or one adult and three children.

Chalkwell's Commercial Director, Roland Eglinton, told SFM News: "In terms of a percentage cut, it is up to a third. And with these exciting new lower fares there is even more incentive for people to use Chalkwell bus services. The lower fares and services cover Sittingbourne, Sheppey and the surroundings areas. Our school services are very popular and convenient and with these lower fares we expect even more people to switch to travelling with us rather than using the car or other forms of public transport."

Further information on the new lower fares can be found on their website: www.chalkwell.co.uk.