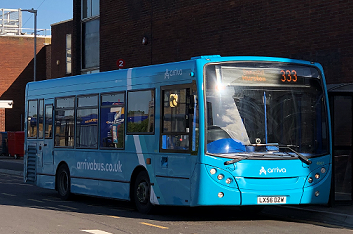 Arriva Kent bus drivers have announced another 13 days of walk-outs which will affect services across the county later this month and in to next month.

Drivers have already walked out on two days in September and on Thursday (6th October) and Friday (7th October) last week and Monday (10th October) and Tuesday (11th October) this week. 600 members of the Unite Union, based at Arriva Kent depots in Northfleet, Gillingham (our local depot), Maidstone and Tunbridge Wells, voted by a 96.5% margin to take further industrial action.

Sharon Graham, the Unite union's General Secretary told SFM News: "Arriva could avoid the disruption by meeting workers' demands" saying the company, which is ultimately owned by the German state-run company Deutsche Bahn, "could afford it".

An Arriva spokesman told SFM News: "We have put forward a significant pay offer for our employees, which recognises the great work that they do and reflects the unprecedented cost-of-living challenge facing the region. We recognise that the strikes will mean upheaval for our customers and communities through this ongoing industrial action in the region and we urge the union to ballot on our pay offer as soon as possible."